⚠  You might lose saves in the web version and some visual effects might be missing.
If you run into any problems, downloading is recommended. ⚠

Content Length:  Around 1.5 hours in total (depends on reading speed).

Voice: No voice apart from a few voice snippets from their streams.

Finding the answer is about asking the right question.

One morning, Takanashi Kiara wakes up in the trash.

How did she end up there? Well, she died and her ashes were thrown in the trash. She's a phoenix though, so she doesn't die when she dies.

But she's mad. And she wants JUSTICE.

There's a bit of a catch, however. She can't remember her dying moments. Oh nyo!
Will this mystery forever remain unsolved due to her malfunctioning neurons?

No. No, it won't. Kiwawa won't let it. She will achieve her JUSTICE. There is a will. There is a way. She can employ the services of none other than Hololive's #1 time traveling detective, Amelia Watson. So, Kiara does just that.

This free fangame is allowed under Cover Corp's derivative works guidelines. The creator isn't affiliated with nor endorsed by hololive, Cover Corp, or any of its talents. (c) cover corp.

Feel free to stream this visual novel or make any type of content that is allowed by cover corp's guidelines. If you do so, crediting or linking back is appreciated!

Support me on Patreon: https://www.patreon.com/planetdropper

This game legit gave me a goosebump.

This is such a well done game. I love it. Never felt the goosebump for a long while now.

Nice script. A lot of the bits are really in character.

this is a really interesting game I'm surprised that there are few videos about it on YouTube, someone should convey information about the existence of this game to Amelia herself and other members of holoen, the only negative of this game is that it ends!

This is such a well done game!

The story was very interesting too. Every action and dialogue line was fit the talents very well. I had a good laugh or two while playing. XD

The Hinotori remix used in the main menu as BGM is real good too!!

- Highlight the talking character in scenes with multiple characters shown on screen or give each girl a different text color. That way the speaker can be identified faster instead of having to read the character name on the dialog box.

- The log doesn't show what happened before in the conversation when loading a saved game. It would be nice if it showed the previous couple of lines, to help a returning player get back into the story.

Great job on the game! :D

Thank you for playing and the feedback!

Including the log on the save file will come if ever I release an update (probably not soon haha). As for the multiple character scenes, I'm considering the text colors and also trying to think of other ways. I didn't wanna add any visual indicator on the sprites because I prefer that when playing VNs. Although most VNs with that style are voiced, which prevents confusion lol.

absolutely loved this one, the art is great and I enjoyed the story, the references and jokes are also amazing lol

I don't know much about Hololive, but I usually enjoy mystery games like this one, so I gave it a shot; I'm glad that I did because, even though I didn't get most of the references, it was fun and very well made! As a massive Bookworm fan, I really liked the "Ascent of the Bibliophile" reference—it's definitely my favourite TV anime, and I'm like always surprised how many people I talk to haven't even heard of the show; did you get to see the finale the other week?

(Kind of spoilers for the game below, even though I'm trying to be oblique about it).

Even though I was wondering about the possibility of the injections getting mixed up and was confused about the beginning with being tapped on the shoulder, I definitely did not see the twist ending coming! It was a really great narrative use of time travel, and having the actual clues scattered throughout the game with the vials was really cool.

Thanks for your work making the game, and best of luck with all of your future projects!

Happy to see someone like it despite not being a hololive fan. And a fellow Bookworm appreciator as well! I definitely have seen the Bookworm S3 finale, maybe more than once lol.

(In Ame's office, one of the pictures on the corkboard is Myne XD)

It's an enjoyable game to play, I really liked it!

( ngl I felt bad for blaming Ina even though she didn't k*ll Kiara:<

I didn't really know who to pick but I picked Ina first, and it had like the most horrible heart break when she was going to the usual room yeah...

Then I picked Calli, then Gura...honestly they both have their own shockers

This game was so well made! I enjoyed playing it a lot. It was so funny and wholesome and even melancholic and sad at the right times! Big thumb up. <3

AMEzing game! I like how some totally irrelevant questions were added to the interrogation part because I got baited and spent quite some time asking all of them lol. Gura biting Ame on accident? I wonder what kind of accident is that ;)

I didn't figure out the right questions to interrogate Ina, so I chose Calli as the culprit on the first try. The finale part was hilarious but then the atmosphere just drops like a landslide after the truth is revealed...... I did see that coming, but I didn't expect that future Ame went back and cleared the evidence. Such action forces past Ame to choose others as culprits that it's inevitable for her to have a guilt day.

Besides accidentally killing Kiara, Ame had to choose one of her friends to blame as the culprit. Choosing Calli or Gura was an okay experience I guess since the atmosphere is still light. But blaming Ina? Oh my god. I was literally struggling to not skip because I felt so bad...... She clarified at the end of the interrogation that although she doesn't like how the KFP employees were treated, she still loves everyone as her good friends. And I (AME) just BETRAYED her, just like that! I really felt like sh!t playing that part, but it's necessary for the afterstory T-T

This is also why I'm so happy to see Ame confessing in the afterstory. The tension and release are played well here. And I'm paying to see Ame in Kiara's outfit because OMG TUMMY!!!!!!!!

Anyway, such a great fan game! 100/10! I kinda hope that Ame could play it on stream so that we can get some free voice line lol

It's a unique piece of fanwork. Hololive must be difficult to adapt into writing, but you also have a lot of lore and character details to work with. It's interesting to see this HoloMyth world in action, seeing KFP from the inside was great. It's easy to imagine them hanging out there.

One thing that left a little bad aftertaste was the fact that the twist (spoilers) implies that Kiara died because she got the concoction and not her asthma medication. It does make sense, the entire emotional arc is well executed, but including a real disease the actual person behind Takanashi Kiara has, stings a little. I may be too sensitive, she herself might not care about this and other people may not either, I'm just expressing how I feel.

Everything else was wonderful though, I liked the art, the characters spoke in ways that fit their personality. The joke conversations during the investigation were great too. It did not rely solely on references and jokes that have already been made, but also includes plenty of unique and original stuff that works great.

Edit: Woah that was a shocker, I mean I was thinking that's what happened but really though...I almost got convinced by the other scenarios

Wow i liked the visual narrative, was intense. And jokes are cool :-)

Hmm... I have play this, but I kinda want to know why Gallery is not unlock yet. Maybe I miss anything, perharps.

Sorry about not being clear about it. 🙇 It'll be available when v1.0 comes out. If you're still interested, the CGs you've unlocked in v0.9 should carry over to v1.0 if you played the download version.

first playthrough and the twist was pretty obvious but the jokes still made it enjoyable and man, the ending was just so well done!

I really, really enjoyed this game.  It's full of great in-jokes and references, but I was surprised how deep the story got.  I think I ended up 100% completing the game, including getting almost every line of dialogue (I think I missed some at the beginning), all three main endings, the bad ending, and the afterstory.  However, one thing I noticed is that even after all this, the Gallery is still greyed out on the home menu.  Has that not been implemented yet?  Either way, a great fangame, and honestly, a really good visual novel in general!

Glad you liked it!

AS for the gallery, sorry about not being clear about it. 🙇 It'll will be available when v1.0 comes out. If you're still interested by then, the CGs you've unlocked in v0.9 should carry over to v1.0 if you played the download version.

That was terrific! I played on my phone which, besides the buttons being tiny, was a flawless experience. Great writing, and an all around fun time.

Didn't really think about mobile when I made the UI haha.

Hello, this game looks really good and i played it a bit on a browser. But i have a problem.
I downloaded the game but after pressing start, KFP logo appears and it just gets stuck here, no audio after initial one. I can still pause the game by pressing Escape but that's it. Re-downloaded it couple of times and tried open the game with as Admin but still it gets stuck on that point.
Thanks you for experience still and will continue to play it on browser!

Hi! Does your language/culture use commas as decimal separators instead of dots?
If yes, then I'm sorry, I completely overlooked that (not a professional dev >.<).

I'll work on it as soon as I can! For now, setting your region setting to a country that uses decimal points should fix the issue.

I guess my language does use commas instead of dots. Didn't know that. It's working now. Thank you so much for the help and have a good day!

Hi just played through the game. Had me laughing so many times. The twist was expected yet still great. Out of curiosity how many endings are there? Also, was the bonus after story the twist? Or did I miss some way to unlock it?

Glad you enjoyed it!

The common one has 3 variations but is the same ending. There are 2 joke ones. I guess you can call the afterstory another ending haha.

I added the way to unlock the afterstory as a collapsable paragraph on the details section (so it won't spoil those who don't wanna know). 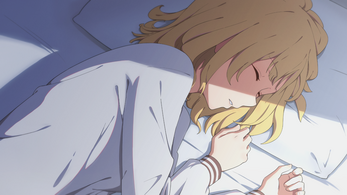 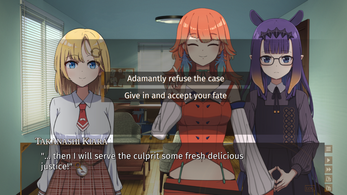 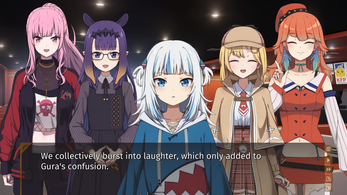 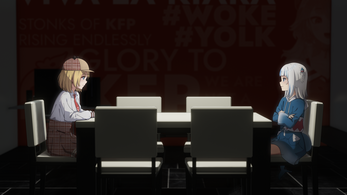 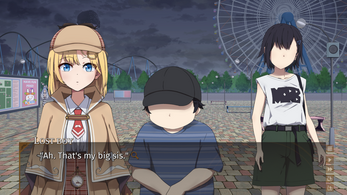